The Dark Room of Pain 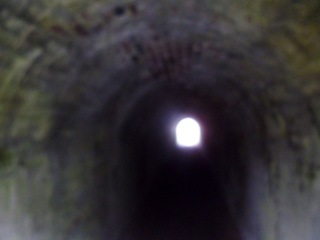 I often describe that dealing with painful movement is a lot like getting out of a dark room. There are some approaches that aren’t so smart. For one, standing up and running with the hope that you end up outside of the room is probably just going to end up with you hitting a wall. On the other hand, you can’t just sit in the middle of the room without moving. If you want to get out of the dark room you’ll have to explore. You would get up and carefully feel for a wall and then gradually feel around until you came to something familiar like a light switch or a door.

This is like painful movement. If you just ignore the pain and go hard, you’ll probably hit the wall. At the same time, if you avoid movement altogether, well then you aren’t going to get anywhere. You have to thoughtfully explore the edges of your available movements, looking for opportunities for expansion.

For some people, however, the doors are stuck and may even be locked. This is like chronic pain where an exit door has proven elusive. It doesn’t mean it’s not there, but it’s not likely to be found or opened quickly. In these cases it is a good idea to learn to function better in the dark since the alternative is to not function. So practice getting around in the dark room and learn where the coffee table is hidden so you don’t keep running into it. Keep exploring too, but gain some skills in the dark because you might be there for a while.

If you live in a house where the lights have a tendency to go out somewhat frequently (recurrent episodes of pain), getting really good at exploring would be a good idea. If you’ve gotten good at exploring, you’ll get better and better at finding the door or the light switch over time. At least you’ll gain confidence that it’s there.

Both exploring in the dark and learning to function in the dark have their place. Just don’t confuse one for the other because they have different purposes.