Which Batman Character are You? 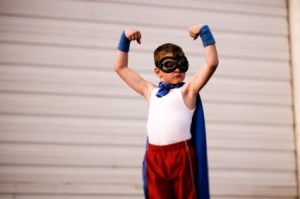 Loss of control is frustrating. It blurs boundaries and creates uncertainty. We all go to extensive measures to maintain our boundaries and have some sense of certainty (even if it is imagined). Regardless, we are often robbed of these precious possessions and are left groping for answers and as our story unfolds we assume a role. Two relevant roles that I tend to see in these situations are victim and hero in their various stages of victim-hood and heroism.

I am a huge fan of the new Dark Knight Batman movie franchise by Christopher Nolan starring Christian Bale. And since we’re talking heroes and villains we might as well talk Batman!

Victims, have control taken from them. They are subject to the whims of sinister plots and nefarious acts. They are the people of Gotham. John Q Citizen stands no chance against the likes of the Joker. Victims feel incapable of, and are even reluctant to, credit themselves for successes. Victims need a hero.

Batman is a hero. He has the tools to fight tyranny and restore justice in an evil world. Hero’s take responsibility for failure (and promptly work to reverse the failure) and receive the credit for successes.

Often my patients are looking for a hero and they would be more than happy to let me be that for them. But, I don’t want be your Batman. If your Batman is anyone but yourself, then you must wait for him to arrive and save you. And as much as I like my patient’s I don’t want them to be dependent on me although I do want them to be able to depend on me. Instead I’d like for them to learn the secret.

Here is a secret. You are Batman.

Don’t get me wrong, I’m not trying to say that you are on your own. Even Batman needs help. You may just need Alfred, and I’m cool with playing the role of Alfred.